The Fairbanks Youth Symphony provides a full symphonic experience for all advanced level string, wind, brass, and percussion players. Most players are in high school. The Youth Symphony plays fully scored orchestral works. The emphasis of this group is to expose members to the richness of the orchestral literature and to continue to enhance their playing and musical skills. Again the emphasis is on cooperation and teamwork with a high expectation of commitment from the members. Seating is determined by the conductor through the audition process in the Fall. Members joining midseason will be auditioned but may be seated in the back of the section. Seating is based solely on the judgment of the conductor and decisions are final.

Rehearsals are held on Saturday mornings from 9:30 am to noon with a snack break midway through the rehearsal. (The conductor asks that all players arrive 10 to 15 minutes early so that rehearsal can start on time.) Rehearsals take place at Davis Concert Hall at the University of Alaska Fairbanks.

The Fairbanks Youth Concert Orchestra provides a full orchestra experience for intermediate level string, wind, brass, and percussion players. The goals of this orchestra include an entry level experience of orchestral playing, enhanced ensemble skills with an emphasis on cooperation, increased ease of sight-reading and rhythmic skills, and engendering a sense of pride in the group as a whole. Seating in this orchestra is at the discretion of the conductor. The conductor can change the seating arrangement at any time. The attempt with seating is to achieve a full and balanced sound for the orchestra. String players should have some experience with shifting for this group, and wind players should know the fingerings for a chromatic scale for the range of their instrument. Most musicians in this group have been playing at least 3 years.

Rehearsals are held on Saturday mornings from 9:30 am to 11:45 am with a snack break midway through the rehearsal. (The conductor asks that all players arrive 10 to 15 minutes early so that rehearsal can start on time.) Rehearsals are held in the Great Hall of the UAF fine arts complex. 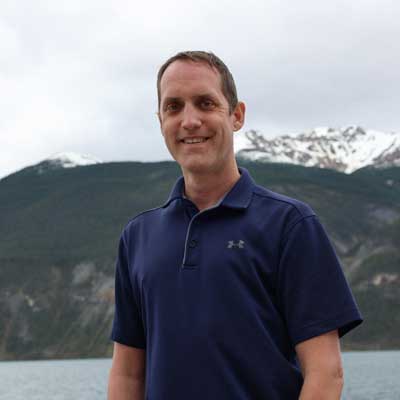 Dr. Michael McConnell serves as the Director of Elementary School Orchestras at the Fairbanks North Star Borough School District in Fairbanks, Alaska. He also conducts the Concert Orchestra of the Fairbanks Youth Orchestras.

Prior to his 2021 appointments in Alaska, Dr. McConnell served as the Associate Director of Bands at Cy-Fair High School in Cypress, Texas where he taught the Wind Ensemble, Symphonic Winds, Symphonic Band, Concert Winds, Concert Band, and the marching band, in addition to serving as the instructor of record for all woodwind courses.

During his tenure at Cy-Fair High School, the band program grew to national prominence, earning multiple trips to the Texas UIL 6A State Marching Contest, and a consistent presence as a Bands of America Regional Finalist. Its wind ensemble also regularly advanced as a finalist in the Texas UIL 6A State Honor Band Contest, and earned an invitation to perform at the prestigious Midwest Clinic in December of 2018. In addition to the success of its ensembles, Dr. McConnell also presided over a period of substantial growth in the achievement of Cy-Fair High School’s woodwind sections. Most notably, the percentage of woodwind students accepted to the UIL 6A Region Band more than doubled from 24% to 51% during his six years at Cy-Fair High School. The number of woodwind students advancing to the Area level of competition also rose from 3% to 18% during this same period.

Within the marching arts community, Dr. McConnell brings a diverse background of performing and teaching experience. As a member with the Cadets Drum & Bugle Corps he was a two-time DCI Finalist and Medalist. In addition to his experience as a performer, he has also been a member of the educational and administrative teams at the Seattle Cascades, the Oregon Crusaders, and the Cadets. Dr. McConnell is in demand as an adjudicator/arranger and has worked with numerous groups in Indiana, Florida, and Texas.

The Fairbanks Youth String Orchestra is an entry level group for beginning level string players with some sight reading ability. Musicians should have at least one year experience with their instrument. The emphasis of the group is to develop ensemble playing skills, increase sight reading skills, and develop a cooperative spirit where every player realizes their importance to the whole. Seating is based on music reading ability, physical comfort (player's size), and balance of sound. Emphasis in seating is placed on cooperation and offering a range of experience. Two balanced violin sections are striven for with both sections being given some "first" violin and some "second" violin parts. Seating is at the discretion of the conductor. Rehearsals are held on Saturday mornings from 10:00 am to 11:30 am with a snack break midway through the rehearsal. (The conductor asks that all players arrive 10 to 15 minutes early for tuning.) The rehearsals are held at the UAF fine arts complex, music building room 217. 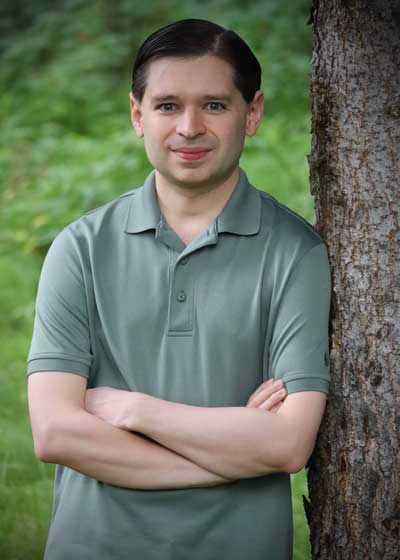 Dr. Daniel Strawser is a cellist, educator, and conductor who has taught and performed throughout the United States.

Originally from Columbus, Ohio, Dr. Strawser studied music education at Denison University and holds masters and doctoral degrees in cello performance from the University of Memphis, where he studied with Brazilian cellist Leo Altino.

For nine years, Dr. Strawser taught public school in Memphis, Tennessee. While there he organized and maintained active orchestra programs throughout the city of Memphis in some of the most impoverished and crime-ridden neighborhoods in the United States. This time in public education gave Dr. Strawser a great passion for helping young people experience and enjoy classical music.

Dr. Strawser currently teaches at the University of Alaska Fairbanks, where he applies his years of experience as a cellist and a teacher to run the Music Education program, training the next generation of teachers for Alaska. He also performs as principal cellist with the Fairbanks Symphony Orchestra, and remains active as a performer in and out of Alaska.

As someone who grew up in a youth orchestra program, Dr. Strawser looks forward to leading the children of the Fairbanks String Orchestra to many of the same great experiences that helped him become the musician that he is today.

The Fairbanks Youth Wind Ensemble is an entry level band for wind, brass and percussion players with some music reading ability. The emphasis of the group is to develop ensemble playing skills, increase sight reading skills, and play exciting music. You should have played at least one year in your school's ensemble before auditioning for this group. Continued participation in your school's band is strongly encouraged. Rehearsals are held on Monday evenings from 6:30-8 PM. (The conductor asks that all players arrive 10 to 15 minutes early for tuning.) The rehearsals are held at the UAF fine arts complex, music building room 301. 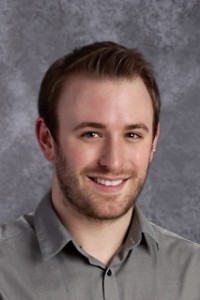 Campbell Longworth grew up in Southeast Alaska, and is a graduate of UAF music education program. He is currently the director of band and orchestra at Ryan Middle School. As an active member of our community music groups, he has a deep love of learning new instruments and connecting with other musicians. He believes working with and in a variety of musical mediums gives a unique perspective on the the interrelation of instruments, groups and personal styles.